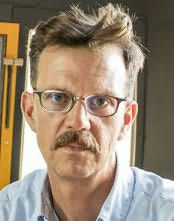 The City Where We Once Lived (2018)
Eric Barnes
"An intensely envisioned work of dystopian realism and American desolation, beautifully drawn from the slow-motion apocalypse of everyday life."

A Study in Honor (2018)
(Janet Watson Chronicles, book 1)
Claire O'Dell
"An entertaining and empathetic dystopian procedural that navigates the capital of an America at war with itself, tracking the path to recovery from personal and national trauma."

Of Mice and Minestrone (2020)
(Hap and Leonard Collections)
Joe R Lansdale
"In these character studies of his two most charismatic protagonists, Joe Lansdale takes us to the dark side of Mayberry - authentic tales of small town life in the heart of the twentieth century that also provide an unflinching look at the violence that charged the last gasps of Jim Crow, with all the force of the Sabine River at flood stage."