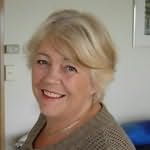 aka Susannah James, Susan Madison
Susan Moody was born and brought up in Oxford. Her first crime novel, Penny Black, was published in 1984, the first in a series of seven books featuring amateur sleuth Penny Wanawake. She has written a number of suspense thrillers, and in 1993 introduced a series of crime novels with a new central character, Cassandra Swann.As well as a writer of crime fiction, Susan Moody is also the author of the romantic fiction title Love Over Gold (1993, writing as Susannah James) inspired by a television advertising campaign, and Misselthwaite (1995), a sequel to Frances Hodgson Burnett's The Secret Garden. Misselthwaite was shortlisted for the Romantic Novelists' Association Award in 1995. The Colour of Hope (2000), the story of a family struggling to cope with the loss of their daughter in a boating accident, was written under the name Susan Madison, as is her most recent title, Touching the Sky (2003). Susan Moody spent two years as Creative Writing Tutor at Bedford Prison and is a former Chairman of the Crime Writer's Association.