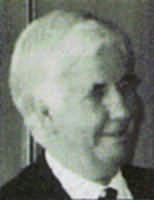 (1911 - 1988)
The son of a scientist, John Ball was born in Schenectady, New York, and grew up in Milwaukee. He attended Carroll College in Wisconsin. He subsequently worked as a science staff writer on Fortune, a music critic and feature writer for the Brooklyn Eagle, a daily columnist on the New Yorkworld-Telegram & Sun, a broadcaster for a Washington radio station, and a Director of Public Relations for the Institute of Aerospace Sciences. His In the Heat of the Night was awarded a Mystery Writers of America "Edgar" for the Best First Mystery Novel of the Year, and since had been followed by The Cool Cottontail, also featuring his Negro detective, Virgil Tibbs. Mr. Ball has also authored a number of notable young adult books.