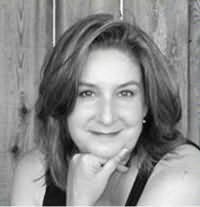 Lori Borrill started writing in June of 2004 after her husband left his job to pursue his dream of owning a business. Not only did the move help ease their hectic schedules, but he became a solid example that those dreams that seem impossible can often come true. She proved that point herself exactly two years later when Harlequin called to tell her she'd sold to their Blaze line.

An Oregon native, Lori moved to Northern California just out of high school and has been a transplant Californian ever since. Her weekdays are spent at the insurance company where's she's been employed as a data analyst for over twenty years. The bulk of her evenings are spent at the Little League fields cheering on her son.

Series contributed to
Million Dollar Secret
2. Underneath It All (2007)