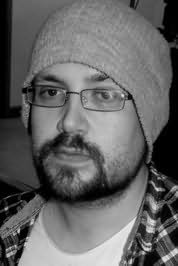 (b.1978)
Michael Bray is a Horror author based in Leeds, England. Influenced from an early age by the suspense horror of authors such as Stephen King, and the trashy pulp TV shows like Tales From The Crypt & The Twilight Zone, he started to work on his own fiction, and spent many years developing his style. In May 2012, he signed a deal with the highly reputable Dark Hall Press to print and distribute his ...collection of interlinked short stories titled Dark Corners, which was released in September 2012. His second release was a Novella titled MEAT which was initially self-published before being picked up by J. Ellington Ashton Press. His first full length novel, a supernatural horror titled Whisper was also initially self-published, and following great critical acclaim, was optioned for a movie adaptation and sold to Horrific Tales publishing - his first Advance paying sale. Future works include the short story collection FUNHOUSE, and a new novel titled From The Deep, which is to be pitched to agents/ publishers upon completion.