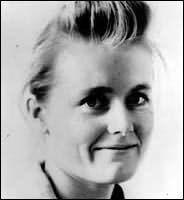 (b.1966)
Nicola Barker was born in 1966 in Ely, Cambridgeshire, and emigrated aged nine-with her sister and parents-to South Africa. She returned to England in 1981, with her mother. After completing a poor-quality university degree in philosophy and English (which she claims made her 'socially useless') she worked for many years in a bakery in Soho, a bookmaker's off Oxford Street, and then at the Queen Elizabeth Hospital for Sick Children in Hackney, where she spent much of her time sterilizing breast milk.
Series
Thames Gateway
1. Wide Open (1998)
2. Behindlings (2002)
3. Darkmans (2007)