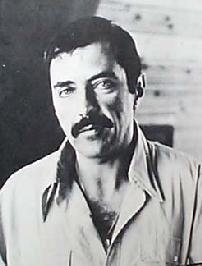 (1928 - 2017)
William Peter Blatty was born in 1928 in New York City. His parents were Lebanese and his very religious mother sent him to Catholic schools. He got his first degree at Georgetown University and his M.A. in English literature at George Washington University. Afterward, he went into the Air Force; it was during his time that he began his career as a writer.

He is perhaps best known as the author of The Exorcist and the writer/producer of the 1973 film based on that novel (he won an Academy Award for Best Adapted Screenplay). An accomplished screenwriter and novelist, he authored books such as The Ninth Configuration, Legion, and Demons Five, Exorcists Nothing. He also directed the film versions of Legion (aka "Exorcist III") and The Ninth Configuration.

The Relic of Perilous Falls (2016)
(Will Wilder, book 1)
Raymond Arroyo
"Laugh-out-loud humor, palpitation-inducing suspense, and cliffhangers galore await readers young and old. Who knew the battle between good and evil could be so much fun?"