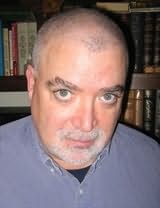 (b.1952)
AL SARRANTONIO is the author of thirty books. He is a winner of the Bram Stoker Award and has been a finalist for the World Fantasy Award, the British Fantasy Award, the International Horror Guild Award and the Private Eye Writers of America Shamus Award. His novels, spanning the horror, science fiction, fantasy, mystery and western genres, include Moonbane, Skeletons, House Haunted, The Five Worlds Trilogy, West Texas, Orangefield and Hallows Eve, the last two part of his continuing Halloween cycle of stories.

He has edited numerous anthologies, including the highly acclaimed 999: New Stories of Horror and Suspense, Redshift: Extreme Visions of Speculative Fiction and the upcoming Flights: Extreme Visions of Fantasy. His short stories have appeared in magazines such as Heavy Metal, Twilight Zone, Cemetery Dance, Isaac Asimov's Science Fiction Magazine, Realms of Fantasy, Analog and Amazing, as well as in anthologies such as The Year's Best Horror Stories, Visions of Fantasy: Tales from the Masters, Great Ghost Stories and The Best of Shadows.

His best horror stories have been collected in Toybox and Hornets and Others. He has had numerous book club sales, and his work has been translated into more than a dozen languages and appeared in comic book form. He lives in New York's historic Hudson Valley region with his family.