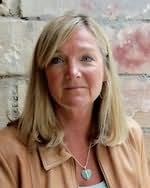 A pseudonym used by Caroline Carver
Caroline Carver is the British-born daughter of a mother who in 1957 set the land speed record in Australia and a father who was a jet fighter pilot in the Aussie Fleet Air Arm. Brought up on a dairy farm, at 18 she headed for the bright lights of London and four years later took a holiday in Australia which turned into a ten-year stay, working for the Sydney arm of several major international publishers.

Between jobs, she travelled widely and adventurously: back-packing in South-East Asia on $10 a day for nine months, walking in New Zealand, trekking in Nepal and riding a camel through the Thar Desert are just a few of her travel experiences.