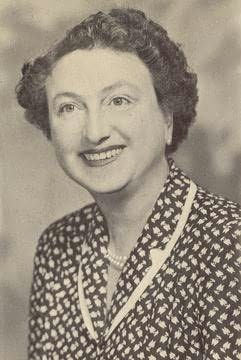 aka Harriet Ainsworth
Elizabeth Cadell was born in 1903 in Calcutta, India. During the Great War she studied music in London, but refused a musical career and returned to India where she married and had two children. After she was widowed ten years later, she returned to England.

Elizabeth wrote her first book 'My Dear Aunt Flora' during the Second World War in 1946, thereafter producing another 51 light-hearted, humourous and romantic books which won her a faithful readership in England and America. She moved to Portugal in 1960 and subsequently set many of her books in that country. She died in 1989, aged eighty-five.

Genres: Romance
Series
Waynes of Wood Mount
The Lark Shall Sing (1955)
aka The Singing Heart
The Blue Sky of Spring (1956)
Six Impossible Things (1961)