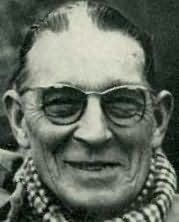 France (1895 - 1969)
Gabriel Chevallier was a French novelist widely known as the author of the satire Clochemerle.

Born in Lyon in 1895, Gabriel Chevallier was educated in various schools before entering Lyon École des Beaux-Arts in 1911. He was called up at the start of World War I and wounded a year later, but returned to the front where he served as an infantryman until the war's end. He was awarded the Croix de Guerre and Chevalier de la Legion d'Honneur. Following the war he undertook several jobs including art teacher, journalist and commercial traveller before starting to write in 1925. His novel La Peur (Fear) published in 1930 drew upon his own experiences and formed a damning indictment of the war. He was married with one son and died in Cannes in 1969.