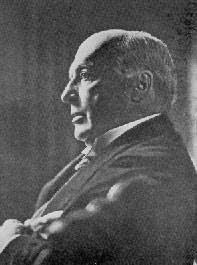 (1843 - 1916)
Henry James was born in New York City. In 1865, he began writing reviews and stories for American journals. 1875 found him settled in Paris, then London, where he was very popular in society. He became a British citizen in 1915. He was a highly prolific writer of novels, short stories, and letters.

The House of the Seven Gables (1851)
Nathaniel Hawthorne
"A large and generous production, pervaded with that vague hum, that indefinable echo, of the whole multitudinous life of man, which is the real sign of a great work of fiction."

Uncle Tom's Cabin (1852)
Harriet Beecher-Stowe
"Much less a book than a state of vision."