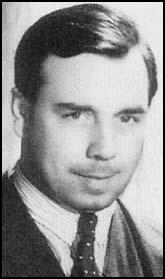 (1894 - 1984)
John Boynton Priestley was pre-eminently a dramatist and a novelist. Many of his works have become 20th century literary classics, among them 'The Good Companions', 'Angel Pavement', 'Lost Empires', 'When We are Married', 'An Inspector Calls' and 'Time and the Conways'. But he was undoubtedly the most versatile writer of his time, producing essays, short stories, verse, literary criticism, social histories, travel books and film scripts, as well as an opera libretto and an autobiography. He was also a practitioner in, and an enthusiast for, painting and music.

Away from the arts Priestley played many roles as a political activist and commentator; a campaigner for nuclear disarmament and public lending right; a cultural ambassador; and a student of time and of dreams. He once, memorably, became an actor in one of his own plays and stood as a Parliamentary candidate in the 1945 General Election. It may be argued that in literary, social and political terms he was very much 'a man for all seasons'.

Ashenden (1928)
W Somerset Maugham
"A fine narrative craft... an author who has always been completely, honestly himself."

Juan in America (1931)
Eric Linklater
"It is a magnificent frolic."

Without My Cloak (1931)
Kate O'Brien
"A peculiarly beautiful and arresting piece of fiction."

Three Fevers (1932)
(Bramblewick Trilogy, book 1)
Leo Walmsley
"Three Fevers is a first novel done with extraordinary assurance. Everything is made plain, made real, and is grandly alive."