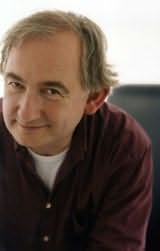 (1946 - 2005)
Humphrey Carpenter worked at the BBC before becaming a full-time writer in 1975. He was the author of 14 of the well-loved Mr Majeika titles as well as two Shakespeare Without the Boring Bits titles for children. He was also the co-author, with his wife Mari Prichard, of The Oxford Companion to Children's Literature. He was an eminent figure in the world of adult literature and published award-winning biographies including, among others, those of J. R. R Tolkein, C. S. Lewis, W. H. Auden, Benjamin Britten and Spike Milligan. From 1994-1996 he directed the Cheltenham Festival of Literature and for many years he ran a young people's drama group, the Mushy Pea Theatre Company. He wrote plays for radio and theatre and was a regular contributor to the Guardian. Humphrey died in January 2005.