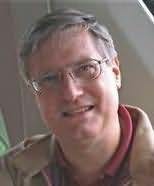 A pseudonym used by John G Hemry
Jack Campbell" is the pen name of John G. Hemry, a retired naval officer who graduated from the U.S. Naval Academy in Annapolis before serving with the surface fleet and in a variety of other assignments. He is the New York Times bestselling author of The Lost Fleet series and The Lost Stars series, as well as the Stark's War, Paul Sinclair, and Pillars of Reality series.His father (LCDR Jack M. Hemry, USN ret.) is a mustang (an officer who was promoted through the enlisted ranks), so John grew up living everywhere from Pensacola, Florida to San Diego, California, including an especially memorable few year on Midway Island.

He lives in Maryland with a wife who is too good for him and three great kids.  The two eldest children are diagnosed as autistic and suffer from Neuro-Immune Dysfunction Syndrom (NIDS), an auto-immune ailment which causes their illness, but are progressing under the treatment of Dr. Michael Goldberg.

Planetside (2018)
(Planetside, book 1)
Michael Mammay
"A tough, authentic-feeling story that starts out fast and accelerates from there."