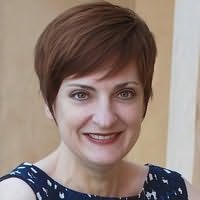 MARLA COOPER was astonished when, at the age of 18, she realized people could actually get paid to write things. So she switched her major from business to advertisingmuch to the relief of her accounting professorand began her career as an advertising copywriter. She later became a freelancer so she could take advantage of perks like working in her pajamas, and now she writes a little bit of everything. It was while she was ghostwriting a book on destination weddings that she found inspiration for her first novel, Terror in Taffeta. Originally hailing from Texas, Marla lives in Oakland, California, with her husband and her polydactyl tuxedo cat.