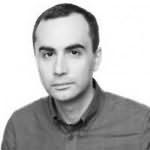 Ray Celestin is novelist and screenwriter based in London. His debut novel, The Axeman’s Jazz (2014), won the CWA New Blood Award for best debut crime novel of the year, and was featured on numerous ‘Books of the Year’ lists. His follow-up, Dead Man’s Blues (2016), won the Historia Historical Thriller of the Year Award, and was shortlisted for a number of other awards. The novels are part of a series – ‘The City Blues Quartet’ – which charts the twin histories of jazz and the mob through the middle 50 years of the twentieth century.