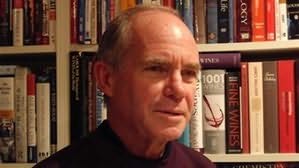 Australia
Adrian d'Hagé was educated at North Sydney Boys High School and the Royal Military College Duntroon (Applied Science). He served as a platoon commander in Vietnam where he was awarded the Military Cross. His military service included command of an infantry battalion, Director of Joint Operations and Head of Defence Public Relations. In 1994 Adrian was made a Member of the Order of Australia. As a Brigadier, he headed Defence planning for counter-terrorism security for the Sydney Olympics, including security against chemical, biological and nuclear threats.

In October 2000 Adrian left the Army to pursue a writing career, moving to Italy to complete The Omega Scroll (Penguin 2005). Now into its sixth printing, The Omega Scroll was voted one of the top 50 books of 2006 (Booklovers Guide) and has been published in ten countries. His next bestselling novel, The Beijing Conspiracy, dealt with biological terrorism and what might happen if smallpox and Ebola are genetically engineered (Penguin 2007). His latest novel, The Maya Codex was published in August 2010.

Adrian also holds an honours degree in Theology, entering as a committed Christian but graduating 'with no fixed religion'. In 2009 he completed a Bachelor of Applied Science (Dean's Award) in Oenology or wine chemistry at Charles Sturt University, and he has successfully sat the Austrian Government exams for ski instructor, 'Schilehrer Anwärter'. Adrian is presently a research scholar and tutor at the Centre for Arab and Islamic Studies (Middle East and Central Asia) at ANU. His doctorate is entitled 'The Influence of Religion on US Foreign Policy in the Middle East'.