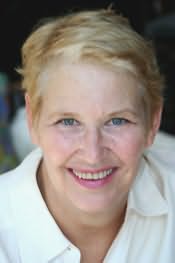 (b.1945)
Annie Dillard (born April 30, 1945) is an American author, best known for her narrative prose in both fiction and non-fiction. She has published works of poetry, essays, prose, and literary criticism, as well as two novels and one memoir. Her 1974 work Pilgrim at Tinker Creek won the 1974 Pulitzer Prize for General Nonfiction. Dillard taught for 21 years in the English department of Wesleyan University, in Middletown, Connecticut.

Annie Dillard was the oldest of three daughters in her family. Early childhood details can be drawn from Annie Dillard's autobiography, An American Childhood (1987), about growing up in the Point Breeze neighborhood of Pittsburgh. It starts in 1950 when she was five. Like Russell Baker's Growing Up, Dillard's memoir An American Childhood focuses on her parents and some of her intellectual enthusiasms rather than on herself. She grew up in Pittsburgh in the fifties in "a house full of comedians." She describes her mother as an energetic non-conformist. Her father taught her many useful subjects such as plumbing, economics, and the intricacies of the novel On The Road. She describes in An American Childhood reading a wide variety of subjects including: geology, natural history, entomology, epidemiology, and poetry, among others. Influential books from her youth were: The Natural Way to Draw and Field Book of Ponds and Streams. Her days were filled with exploring, piano and dance classes, rock and bug collecting, drawing, and reading books from the public library including natural history and military history, such as World War II.
Novels
The Living (1992)
The Maytrees (2007)

First Snow, Last Light (2017)
Wayne Johnston
"His books are beautifully written, among the funniest I’ve ever read, yet somehow at the same time among the most poignant and moving."

Unveiling (2018)
Suzanne M Wolfe
"Probes the myriad layers of meaning in art, the human soul, and ultimately the great world itself."