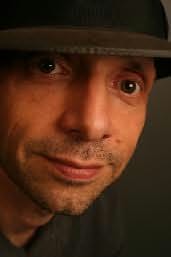 (Nicholas A DiChario)
Nick DiChario's short stories have appeared in many magazines and anthologies in the United States and abroad. He has been nominated for the Hugo, HOMer, and World Fantasy awards, and his first two novels, A Small and Remarkable Life (2006) and Valley of Day-Glo (2008), both received nominations for the John W. Campbell Memorial Award for Best Science Fiction Novel of the Year.

Nick's many jobs have included paperboy, construction worksite gopher, dishwasher at a Catholic seminary, creative writing professor and workshop instructor, indie bookstore owner, education director for a non-profit literary center, and, most recently, writer/editor of corporate communications. Nick earned his master's degree from Empire State College in New York, and he occasionally writes articles for Philosophy Now magazine (a U.K. publication). His first novel has been optioned for film.