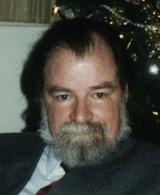 (1944 - 2018)
Christopher Stasheff published his first novel, The Warlock in Spite of Himself, in 1969. He is often credited as one of the founders of the "science fantasy" genre. Over the next forty years, he wrote 44 novels, 29 short stories, and edited 7 anthologies. His most popular works are the Warlock of Gramarye series and its spin-offs, the Wizard in Rhyme series, and the Starship Troupers.

Series contributed to
War Years (with Bill Fawcett)
2. The Siege of Arista (1991)