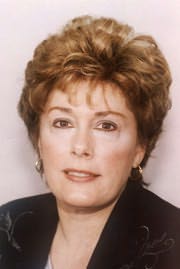 A pseudonym used by Carla Simpson
Quinn Taylor Evans is the pseudonym for author Carla Simpson. Her first historical romance, Desire's Flame, was published in 1985 by Zebra Books. By 1990, Carla had written eleven historical novels, gone through two computers, and won a national writing award. Along with her success came the desire to expand into other markets. Thus, Carla formed a writing partnership with Academy Award winning screenwriter Pamela Wallace.

In 1993, Carla developed a historical book proposal involving a sorceress. That single proposal evolved into the current Arthurian series entitled Merlin's Legacy and written under the pseudonym Quinn Taylor Evans. The first novel in the series, Merlin's Legacy, Daughter of Fire, was published in 1996 and received a national book award for best new novel of the year. All of the titles in the series have received rave reviews and in January, 1999, Carla was nominated for her second Lifetime Achievement Award for the series. Her twentieth novel, Book six of Merlin's Legacy: Daughter of Camelot, will be released in July, 1999. More books will follow to take readers into ancient Britain in the time of the druids, warriors, and the ultimate battle between the powers of light and darkness.

In terms of her writing, Carla's interests are not limited to dragons and sorcerers. She is currently developing a suspense/thriller series entitled The NightStalkers which will be set in the psychology department of a major university.
Series
Merlin's Legacy
1. Daughter of Fire (1996)
2. Daughter of the Mist (1996)
3. Daughter of Light (1998)
4. Shadows of Camelot (1997)
5. Dawn of Camelot (1998)
6. Daughter of Camelot (1999)