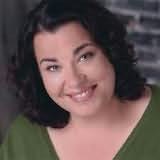 Niece of Janet Evanovich
Stephanie Evanovich is a full-fledged Jersey girl who began writing fiction while waiting for her cues during countless community theater projects. She attended New York School of Film and Television and acted in several improvisational troupes and a few small-budget movies, all in preparation for the greatest job she ever had, raising her two sons. Now a full-time writer, she's an avid sports fan who holds a black belt in tae kwon do.

The F Word (2017)
Liza Palmer
"Between the characters, the plot, and the tension, I couldn’t turn the pages fast enough. Spoiler alert: the F is for fantastic!"