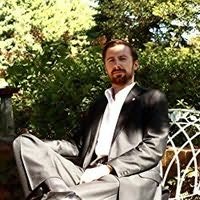 Stephen England is the author of the bestselling Shadow Warriors thrillers, including Amazon's #1 Bestselling Political Thriller, Pandora's Grave, and its long-awaited sequels, Day of Reckoning and Embrace the Fire, forming a series hailed as "the perfect spy thrillers for our time--chaotic, cynical, with only a few good men keeping the barbarians from the gate."

Drawing upon nearly a decade of research into the nature of Islam, the Middle East, espionage and counterterrorism operations, England's work has drawn praise for breathing new life into the genre with the hard-edged, unsparing realism of his portrayal of the war on terror, the people who wage it, and the moral and psychological costs exacted of those who take the war to the enemy where he lives. "Soldiers without uniforms. Fighting a war without end. Shadow warriors. . ."