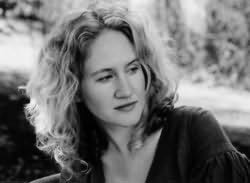 Annelise was born in Bermuda in 1977, and studied Classics at Newnham College, Cambridge, receiving her PhD in 2004. In 2010, her first book The First Ladies of Rome was published by Jonathan Cape in the UK and by Free Press in the United States (where it appeared as Caesars Wives: Sex, Power and Politics in the Roman Empire). Her first novel Rivals of the Republic will be published in 2016 by Duckworth in the UK and by The Overlook Press in the United States.

Genres: Historical
Series
Blood of Rome
1. Rivals of the Republic (2016)