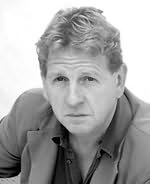 Harry Sidebottom is Lecturer in Ancient History at Merton College, Oxford, and part-time lecturer in Classics and Ancient History at the University of Warwick. He has written for and contributed to many publications, including Classical Review, Journal of Roman Studies, and War and Society in the Roman World.

Clash of Empires (2018)
(Clash of Empires, book 1)
Ben Kane
"Grabs you from the start and never lets go. Thrilling action combines with historical authenticity to summon up a whole world in a sweeping tale of politics and war. A triumph!"