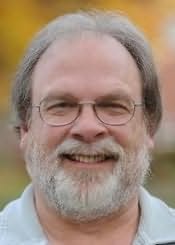 A pseudonym used by Stephen Leigh
Stephen Leigh, who also writes as S.L. Farrell, is a Cincinnati author who has professionally published twenty-one novels and a dozens of short stories. His most recent novel is A MAGIC OF DAWN (S. L. Farrell) from DAW Books, the third book in the Nessantico Cycle. He also wrote (as S.L. Farrell) the "Cloudmages" fantasy trilogy, which Booklist called Good enough to cast in gold.

Publishers Weekly has called him ... one of the strongest voices in fantasy. His work has been nominated for and won several awards.

Stephen teaches creative writing at Northern Kentucky University, and is a frequent speaker to writers groups.