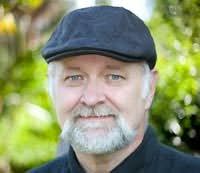 A pseudonym used by Dave Wolverton
David Farland was born John David Wolverton in Springfield, Oregon in May of 1957, the fourth of six children. He lived in Oregon for the first 18 years of his life. As a child his family was quite poor, so he worked as a farm laborer from the age of 8. At the age of 11 his father opened a small meat company in Monroe, Oregon and he began working as a meat cutter by the age of 12.

Early in his teens he developed an interest in science, and would sometimes skip high school in order to sit in on college classes in biology at Oregon State University.

At the age of sixteen he wrote his first booksa field guide to the mustelidae family of mammals and a book on the development of nuclear weaponry in the United States.

He currently lives in St. George, Utah with his wife and five children.

Servant (2009)
(Dark God, book 1)
John D Brown
"Thoroughly engrossing from the first page to the last! John Brown shows himself to be a writer with remarkable depth and power. I haven’t seen a debut novel this good in years!"

Racers of the Night (2014)
Brad R Torgersen
"One of the finest science fiction writers alive."