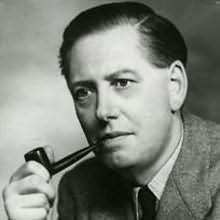 aka Roger Bax, Paul Somers
Pseudomym of Paul Winterton. He was born in Leicester , England. He was educated at the London School of Economics and at the London University. In 1929, he became a staff member of The Economist. From 1933 to 1946, he worked for the News Chronicle. In the Second World War, he was a foreign correspondent in Moscow. He also wrote under the pseudonyms 'Roger Bax' and 'Paul Somers'.