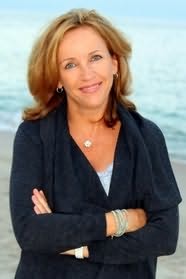 Laurie Gelman was born and raised in the Great White North. She spent twenty-five years as a broadcaster in both Canada and the United States before trying her hand at writing novels. Laurie lives in New York City with her husband, Michael Gelman, and two teenage daughters. Class Mom is her first book.

Tiny Imperfections (2020)
Alli Frank and Asha Youmans
"Over-eager parents are just one of the many things heroine Josie Bordelon has to deal with as head of admissions for a tawny private school in San Francisco. These two authors are brave enough to expose the insanity and hilarity that happen during application season . . . A really funny read."

Eliza Starts a Rumor (2020)
Jane L Rosen
"Jane L. Rosen has done it again. She has created intriguing, likable characters and woven them into a story that will keep you guessing until the very end. Bravo!"

A Star Is Bored (2020)
Byron Lane
"Byron Lane has written a book that will touch you on so many levels. I was prepared for the laughs, but didn't expect the poignant story of a relationship both difficult and wonderful at the same time. A terrific read."
Visitors to this page also looked at these authors
B A Paris
Jasmine Guillory
Joyce Maynard
Debbie Macomber
Lisa Genova
James Patterson
Daniel Silva
P T Deutermann
Ace Atkins
Jane Green
Grady Hendrix
Danielle Steel
Carol Goodman
Megan Miranda
Sonali Dev
Charles Todd