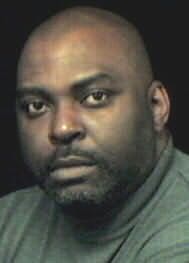 Known as the master of urban suspense, Roy Glenn began writing his first novel Is It a Crime, what he then called "a different type of love story" in 1995. Unable to find a publisher he decided to start his own publishing company Brittney Press Publishing and released Is It a Crime, which became a best seller and gave birth to the popular character, Mike Black.The novels that followed which include, MOB, Drug Related, Payback, Outlawand In A Cold Sweat,as well as the recently released No More Tears in the Endthe seventh installment in The Mike Saga. Roy is also a contributing author of Girls From da Hood and Around the Way Girls 4 and Gigolos Get Lonely Too. His other novels include Crime of Passion, Body of Evidence and Ulterior Motive feature the character, attorney Marcus Douglas.Roy was born and raised in The Bronx and currently lives in Jacksonville, Florida where he is working on several projects including Bury Me Deep and Commit To Violence, the next two books in the Mike Black Saga. And Killing Them Softly, an erotic tale of murder.