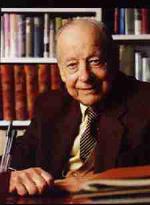 (1910 - 2003)
Winston Graham was the author of forty novels. His books were widely translated and his Poldark series was developed into two television series, shown in 22 countries. Six of Winston Graham's books have been filmed for the big screen, the most notable being Marnie, directed by Alfred Hitchcock. Winston Graham was a Fellow of the Royal Society of Literature and in 1983 was awarded the O.B.E.