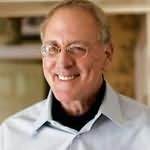 (1944 - 2020)
Winston Groom wrote the acclaimed Vietnam War novel Better Times Than These, the prize-winning As Summers Die, and co-authored Conversations with the Enemy, which was nominated for a 1984 Pulitzer Prize. He is also the author of the No.1 New York Times bestsellers Forrest Gump and Gumpisms: The Wit and Wisdom of Forrest Gump. Mr Groom's Shrouds of Glory, an account of Confederate General John Bell Hood's decisive actions in the last great campaign of the US Civil War, was published in April, 1995.

The Mango Opera (1998)
(Alex Rutledge, book 1)
Tom Corcoran
"Key West is crazy, dangerous, hilarious, and exotic. Tom Corcoran's THE MANGO OPERA captures all of this with right-on characters and escalating suspense. A true mystery and a great read."

The Professor (2014)
(McMurtie & Drake, book 1)
Robert Bailey
"The Professor is that rare combination of thrills, chills and heart. Gripping from the first page to the last."