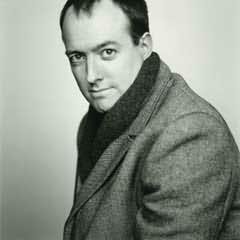 (b.1970)
Adam Haslett is an American fiction writer. He was born in Kingston, Massachusetts and grew up in Oxfordshire, England, and Wellesley, Massachusetts. He is a graduate of Swarthmore College (B.A., 1992), the University of Iowa (M.F.A., 1999), and Yale Law School (J.D., 2003). He has been a visiting professor at the Iowa Writers' Workshop and Columbia University. He currently lives in New York City, New York.

Collections
You Are Not a Stranger Here (2002)

All Is Forgotten, Nothing Is Lost (2010)
Lan Samantha Chang
"All Is Forgotten, Nothing Is Lost offers a starkly honest portrait of people caught up in the drive to write and of the personal bargains and self-deceptions that such an ambition can entail. Lan Samantha Chang was brave to write this book, to turn her novelist's eye onto a world she knows intimately, and her bravery pays off in the unflinching final scenes."

The Dependents (2018)
Katharine Dion
"This richly textured family drama is a marvel of a novel. With great subtlety and tact, it evokes the love, devotion, and sadness that bind a grieving father to his troubled daughter. Its cumulative power comes from the depth of Dion's entry into her characters and the vividness of her prose that brings them to life. The Dependents is one of the best debut novels I've read in years, and a very auspicious one."

Sea Wife (2020)
Amity Gaige
"Few writers have portrayed marriage and parenthood with more fierce intelligence than Amity Gaige, but in Sea Wife, she has outdone herself. This is an unforgettable portrait of a family that ventures out to sea, only to be riven by the weight of the past, and the politics of the present. Piercingly written and compelling from beginning to end, Sea Wife is a major accomplishment."
Visitors to this page also looked at these authors
Agatha Christie
Joseph Heller
Jack Higgins
Dee Henderson
Zoë Heller
Ursula Hegi
Adam Nevill
Jon Hassler
A J Hartley
Sophie Hannah
Ethan Hawke
Robert Hellenga
Kristen Heitzmann
Patti Callahan Henry
Mark Henshaw
Nadia Hashimi