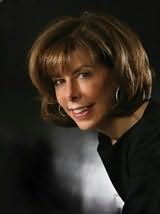 New York Times bestselling author and native New Yorker Jane Stanton Hitchcock started her career as a playwright and screenwriter. Her plays include Grace; Bhutan; The Custom of the Country, an adaptation of Edith Wharton's great novel which was first produced at The Mount (Mrs. Wharton's house in Lenox, Massachusetts), then moved to off-Broadway in New York City; and Vanilla, a modern restoration comedy produced at the Lyric Theatre in London's West End and directed by Harold Pinter, who recently won the Nobel Prize for Literature.She vowed the next time she fell on her face would be without the aid of actors and a director. She wrote her first novel, Trick of the Eye, which was nominated for both the Edgar Award and the Hammett Prize as the best first novel of the year. That was followed by The Witches' Hammer, Social Crimes, and its sequel, One Dangerous Lady.Her most recent book, Mortal Friends, takes place in Washington, D.C., where she lives with her husband, two-time Pulitzer Prize-winning journalist, Jim Hoagland.