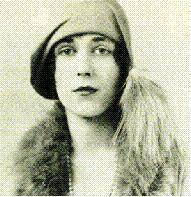 aka Stella Martin
Georgette Heyer, born in London in 1902, had her first novel published when she was nineteen years old and continued to write novels of many genres for more than fifty years. During that time she never made a public appearance or granted an interview. The great majority of her books are historical romances set in Regency England, such as Devil's Cub (1934), Regency Buck (1935) and Faro's Daughter (1941). They are admired to this day for the meticulous research and profusion of essential ingredients - arranged marriages, murder, fashion, upper classes, sarcasm and humour. Indeed, Heyer set the tone for this entire genre. She was also one of the first of the female mystery authors - the group that includes Agatha Christie, Dorothy L Sayers and Ngaio Marsh. When she died in 1974 she had fifty-one titles in print, legal translations of her work in ten languages and pirate editions in several others.