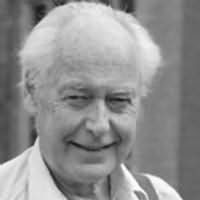 (1937 - 2016)
Joseph Hone was a British author of spy novels. Born in London, he was sent to Dublin in 1939, and spent most of the next two decades living in Ireland. His first novel, The Private Sector (1971), introduced the globetrotting spy Peter Marlow - the character for whom Hone would become best known. Set during the Six Day War, The Private Sector was well received by critics, who have compared it to the work of Eric Ambler, Len Deighton, and John Le Carré.

Hone published three more titles in the series The Sixth Directorate (1975), The Flowers of the Forest (1980), and The Valley of the Fox (1982) before moving on to other work.