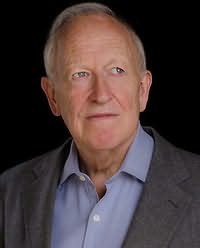 (b.1943)
Seán Haldane can hold three passports: British(he was born in Sussex, in 1943), Irish (through his father, and he grew up mainly in Northern Ireland), and Canadian (through a long period of residence , 1967-94, in Qu&#233bec, Prince Edward Island and British Columbia). By ancestry he is something of a human compass: a quarter each English, German, Scottish and Irish.He was educated at the Royal Belfast Academical Institution, University College, Oxford (B.A., First Class Hons. in English) and Saybrook Institute, San Francisco (Ph.D.in Psychology). When he first found himself writing poetry he resolved never to make a living from it or by teaching it, and that any incidental earnings from poems would go towards publishing poetry by himself and others. He has worked as a lecturer, part time farmer, small press publisher, psychotherapist, consultant clinical neuropsychologist in the NHS and Canadian health services, and as an expert witness in criminal and civil cases. He lives in London where he has a part-time psychotherapy practice on Harley Street (See www.psychotherapy.sh) and does occasional neuropsychology supervision in the NHS.  Since 2013 he has been publisher at Rún Press, Cork, Ireland, www.runepress.ie.He is a competitive field archer.
Novels
The Devil's Making (2013)
Cradled on the Waves (2021)