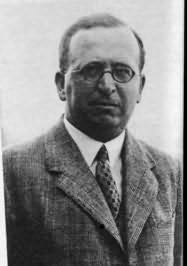 aka Peter Cavendish
Born in Leytonstone, Essex, Sydney Horler was educated at Redcliffe and Colston Schools in Bristol.

His family wanted him to become a teacher and, very briefly until a fall out with his headmaster, he did fulfil their wishes. But, at age 17, he became a reporter with the Western Daily Press in Bristol, a job he retained until 1911. He left in that year to become a special writer on the staff of Edward Hulton & Co in Manchester.

He later moved to London to work for the Daily Mail and Daily Citizen and he also worked in the Propaganda Section of Air Intelligence towards the end of World War I. When the war ended he joined the editorial staff of George Newnes as a sub-editor on John o' London's weekly. He left the job in 1919. It was while at Newnes that his first novel was published by that firm, 'Standish of the Rangeland' (1916).

It was then that he decided that he would write fiction on a full-time basis, having contributed short stories for several boys' weeklies previously. His work appears in such as Chums, Boys' Pictorial, Boys' Friend Weekly and Boys' Realm. He also wrote for Hendersons, earning 10 shillings per 1000 words, writing for Penny Comic, Merry Moments and Tubby Haigs.
Series
Dr. Paul Vivanti
1. The Mystery of No. 1 (1925)
aka The Order of the Octopus
2. Vivanti (1927)
3. The Worst Man in the World (1929)
4. Vivanti Returns (1931)
5. Lord of Terror (1935)
6. Virus X (1945)