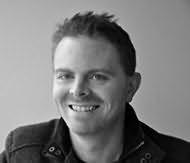 Australia
James Islington was born and raised in southern Victoria, Australia. His influences growing up were the stories of Raymond E. Feist and Robert Jordan, but it wasn't until later, when he read Brandon Sanderson's Mistborn series - followed soon after by Patrick Rothfuss' Name of the Wind - that he was finally inspired to sit down and write something of his own. He now lives with his wife, Sonja, on the Mornington Peninsula in Victoria.

A Plague of Giants (2017)
(Seven Kennings, book 1)
Kevin Hearne
"A Plague of Giants is an absorbing epic fantasy, with clever storytelling that allows its many threads to each feel important, personal, and memorable. I’m very much looking forward to the sequel!"

The Tethered Mage (2017)
(Swords and Fire, book 1)
Melissa Caruso
"Engaging and entertaining with intrigue, a good pace, and strong characters. Zaira and Amalia are bright, bold heroes in a smartly constructed world."