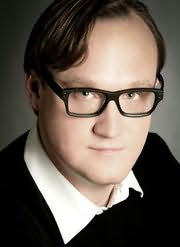 (b.1973)
Husband of Melissa De La Cruz
Michael Johnston was born in 1973 in Cleveland, Ohio. As a child and a teen he was an avid reader of science fiction and fantasy. He studied architecture and ancient history at Lehigh University and during a lecture on the history of ancient Egypt, the seed of an idea was born. He earned a masters degree in architecture from Columbia University, graduating at the top of his class. Michael worked as an architect in New York City before moving to Los Angeles. Sparked by the change of locale, a visit to the desert, and his growing dissatisfaction with the architectural industry, he sought a way to merge his interests in architecture and history with his love of fantasy. By day he worked as an architect, but by night he wrote and researched an epic fantasy novel inspired by the history of ancient Egypt and the tragic story of King Lear. After working this way for three years, he shut down his successful architecture practice and resolved to write full time. At the outset, Michael hoped to finish the book in less than a year, but that plan proved overly optimistic. The book as well as its ambitions quickly multiplied. It took him an additional four years to complete Soleri. While working on his adult novel he also co-authored the successful YA Heart of Dread trilogy (FROZEN, STOLEN, and GOLDEN).

He lives in Los Angeles with his wife and daughter.