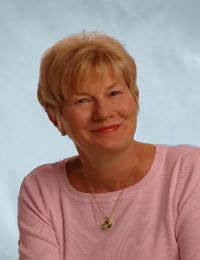 aka Jeanne Grant, Jessica Massey
Alison Hart was born Michigan, U.S.A.. She has a degree in English andPsychology from Michigan State University. She also won an award from MSUfor being an outstanding woman graduate, based on the work she did for womenon campus. Her background includes work as a teacher, counsellor, andpersonnel manager. During years she read extensively Harlequin, about 25books a month.

Alison sold her first book in 1980, and since then has sold more than70 books in the contemporary-romance genre. In 1984 she won her firstwriting award, the RWA Silver Medallion. She has won the RWA RITA threetimes, as well as a range of other awards including Best Series Author,Reviewers' Choice, Career Achievement and Lifetime Achievement from RomanticTimes Magazine. In the summer of 1998 she was inducted in the RomanceWriters of America's Hall of Fame RWA's greatest honour.

Publisher's Weekly calls Alison's writing "vivid and fresh" with "crisp,pulls-no-punches humor." Booklist described her as "combining expertlycrafted characters with lovely prose flavored with sassy wit." RomanticTimes labels her writing as "insightful and compelling," and Affair de Coeurcredited her as writing a "masterpiece on the bonds of family." SusanElizabeth Phillips calls her "the author most likely to steal your heart."

Alison lives in the country near Benton Harbour, Michigan, with her husband,Lar whom she says is one of the last "true heroes." The marriage have twochildren. She says that they're all hopeless animal lovers. In fact, theircurrent "baby" is a 200-pound Newfoundland named Moose. The family hasraised everything from raccoons and homing pigeons to baby squirrels. Shesays reading isn't a hobby it's a lifestyle! But in her spare time, she alsoloves history and has restored a log cabin on their property to its original1830s condition. She also loves to travel and enjoys working with wood andantiques.

Omnibus
Birds Bees and Babies (1990) (with Karen Keast and Emilie Richards)
Santa's Little Helpers (1995) (with Janet Dailey and Patricia Gardner Evans)
Montana Mavericks: Big Sky Brides (2000) (with Christine Rimmer and Cheryl St. John)
Single Dad Seeks (2000) (with Christine Rimmer)
Montana Weddings (2001) (with Christine Rimmer and Cheryl St. John)
Millionaire's Club (2001) (with Sara Orwig)
Wild in the Field / Entangled with a Texan (2004) (with Sara Orwig)
Isabelle / Diana / Suzanna (2004) (with Christine Rimmer and Cheryl St. John)
Wild in the Moonlight / Miss Pruitt's Private Life (2004) (with Barbara McCauley)
Shut Up and Kiss Me / Wild in the Field (2004) (with Sara Orwig)
Cattleman's Pride / Wild in the Moonlight (2005) (with Diana Palmer)
Hot to the Touch / Seduction by the Book (2005) (with Linda Conrad)
Best-Kept Lies / Wild in the Moment (2005) (with Lisa Jackson)
A Man Apart / Hot to the Touch (2006) (with Joan Hohl)
Like Mother, Like Daughter (But in a Good Way) (2007) (with Nancy Robards Thompson and Peggy Webb)
Rags-to-Riches Wife / Soon-to-Be-Disinherited Wife (2007) (with Metsy Hingle)
Summer Dreams (2007) (with Kate Austin and Stevi Mittman (Stephanie Mittman))
Summer Fever (2008) (with Kate Austin, Heidi Betts, Stephanie Bond and Leslie Kelly)
Baby, It's Cold Outside (2010) (with Merline Lovelace and Cindi Myers)
Society Wives: Secret Lives (2011) (with Metsy Hingle and Patricia Kay)
Yours, Mine & Ours / Burning Ambition (2011) (with Amy Knupp)
Gifts of Fortune (2012) (with Barbara Boswell and Jackie Merritt)
Snow Day (2013) (with Barbara Dunlop and Shannon Stacey)
The Package Deal (2017) (with Brenda Harlen and Marion Lennox)
One Tiny Miracle (2017) (with Stella Bagwell and Ami Weaver)