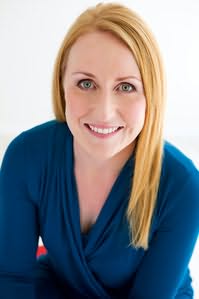 New Zealand
After an award-winning twenty-year career as a journalist, Brynn Kelly has abandoned fact in favor of her first love, fiction.

She's delighted that she gets to spend her days in a bubble of delicious words and fiendish plots, turning all those stranger-than-fiction news reports into larger-than-life romantic thrillers for HQN Books, a Harlequin/HarperCollins imprint.

Brynn has a journalism and communications degree and has won several prestigious writing awards, including the Valerie Parv Award and Pacific Hearts Award. Her acclaimed debut novel, Deception Island, was nominated for a Golden Heart Award by Romance Writers of America. She's also the bestselling author of four nonfiction books in her native New Zealand, and a mother of two.

In her (guffaw) spare time, she murders Italian arias studies classical singing, indulges her theatre geek tendencies, and doesn't do nearly as much yoga as she should.