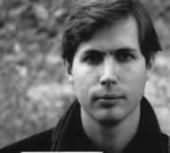 Germany (b.1975)
Daniel Kehlmann has both German and Austrian citizenship. His work Die Vermessung der Welt (translated into English by Carol Brown Janeway as Measuring the World, 2006) is the biggest selling novel in the German language since Patrick Süskind's Perfume was released in 1985. Kehlmann's works, and in particular Die Vermessung der Welt, are heavily influenced by Latin American magical realism and represent a dramatic shift from the goals of the influential Group 47. He was awarded the Heimito von Doderer prize for the novel.
Genres: Literary Fiction
Novels
Measuring the World (2006)
Me and Kaminski (2008)
Fame (2010)
F (2014)
Tyll (2020)