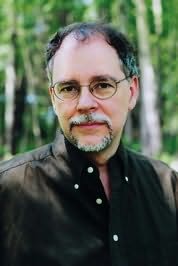 The Fall of the Kings (2002)
(Swords of Riverside, book 3)
Ellen Kushner and Delia Sherman
"Kushner and Sherman don't spin fables or knit fancies: they are world-forgers, working in a language of iron and air."

The Possibilities of Sainthood (2008)
Donna Freitas
"Behold: A rare bloom of a book . . . THE POSSIBILITIES OF SAINTHOOD, while never gloomy or dogmatic, is a literary work of mercy. Let us rejoice and be glad."

The Chosen One (2009)
Carol Lynch Williams
"The Chosen One makes the heart race, the teeth grind, and the brow bead up in sweat."

The Language of Trees (2010)
Ilie Ruby
"The Language of Trees, like Whitman's Leaves of Grass though in a magic realist vernacular, refreshingly asserts that deeply American conviction: the gravest natural instinct is to heal and be healed. A shimmeringly heart-felt story."

Return To Augie Hobble (2015)
Lane Smith
"The incomparable Lane Smith...stomps triumphantly into the middle-school playground with his first novel."

Mapping the Bones (2018)
Jane Yolen
"Jane Yolen's Mapping the Bones is a swift and deadly drama with overtones of dark fable we all wish we could forget. But this book, a shining star held in a trembling palm, requires us to remember."

Shadow Frost (2019)
(Shadow Frost Trilogy, book 1)
Coco Ma
"A world of magic and intrigue is cannily laid out by a newcomer to the field of high fantasy. As expertly as she catapults a piano sonata into flights of tonal glory, Coco Ma lures a reader into the kingdom of Axaria, where powerful teen-noble Asterin fights against treachery and malice. The color and pace of Shadow Frost rivals anything else you will encounter this year on the far side of reality. Dress warmly."

The Charmed Wife (2021)
Olga Grushin
"The comedy is devastating in this autopsy of a marriage that dies of 'happily ever after' syndrome. Seldom has such emotional realism been spied in the precincts of wild magic. This alumna of the Cinderella marriage is overwhelmed, over-enchanted, and so over it. Fall under its charms, I dare you."