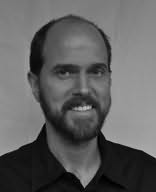 USA Today bestselling author, Brandt Legg is a former child prodigy who turned a hobby into a multi-million dollar empire. At eight, Legg's father died suddenly, plunging his family into poverty.
Two years later, while suffering from crippling migraines, he started in business. National media dubbed him the "Teen Tycoon," but by the time he reached his twenties, the high-flying Legg became ensnarled in the financial whirlwind of the junk bond eighties, lost his entire fortune . . . and ended up serving time in federal prison for financial improprieties.
Legg emerged, chastened and wiser, one year later and began anew in retail and real estate. In the more than two decades since, his life adventures have led him through magazine publishing, a newspaper column, photography, FM radio, CD production and concert promotion. His books have excited hundreds of thousands of readers around the world.