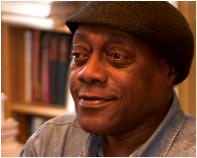 (b.1943)
He was the recipient of a MacArthur Fellowship in 1981. His work has appeared in twenty-seven journals and magazines, seven short-story anthologies, and The Best American Essays. In 1995, McPherson was inducted into the American Academy of Arts and Sciences. He has been educated at Morgan State University, Morris Brown College, Harvard Law School, The University of Iowa's Writers' Workshop, and the Yale Law School. He has taught English at the University of California, Santa Cruz, Harvard, and also lectured in Japan at Meiji University and Chiba University. He is now a professor of English at the University of Iowa.
Collections
Hue and Cry (1969)
Elbow Room (1977)