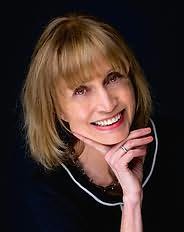 aka Lindsay Maracotta
Lindsay Marcott is the author of eleven novels, including the mass market bestsellers Everything We Wanted, and The Dead Hollywood Moms Society (written under Lindsay Maracotta).  She has served as a producer on several films, including a Hallmark Channel movie based on her Dead Hollywood mystery series.  She also wrote for the Ace Award-winning HBO series The Hitchhiker and has written scripts for Disney, Paramount, Warner Bros. and for such stars as Goldie Hawn and Jessica Lange.  Previous to this, she was a free-lance writer, contributing articles to numerous publications including Harpers,  Playboy, The Los Angeles Times, and Vogue.  A native of Manhattan and a graduate of Smith College, Lindsay lives with her husband, a film producer, and two cats in the Hollywood Hills where they are surrounded by exotic wildlife of both the animal and human kind.