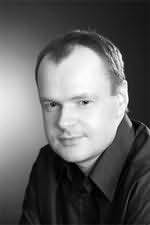 Scotland (b.1982)
Malcolm Mackay was born and grew up in Stornoway where he still lives. The Necessary Death of Lewis Winter, his much lauded debut was the first in the Glasgow Trilogy, set in the citys underworld. It won the Crime Thriller Book Club Best Read and was shortlisted for the CWA John Creasey New Blood Dagger Award for Best Crime Debut of the Year and the Scottish First Book of the Year Award. How A Gunman Says Goodbye, the second book in the series, won the Deanston Scottish Crime Book of the Year Award. The Sudden Arrival of Violence is the final book in the trilogy.