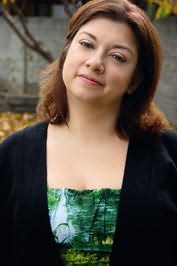 Nicole was born in the suburban farm country of upstate New York, and began writing at a very early age. Of course, her early works consisted mainly of poems about rainbows and unicorns, although one of them was good enough to win honorable mention in a national poetry contest! (Perhaps one of the judges was a ten-year-old girl.) Throughout high school, her creative writing was always nurtured and encouraged.